Watch the KPAX Article On The Virtual Pitch

In September of 2019, the Missoula BUILD Grant delegation traveled to Washington, DC in support of Missoula County’s application. As part of that effort, the group scheduled meetings with all three congressional representatives.
​In November 2019 the county and Chamber were notified that the community had been awarded a $13 million grant for infrastructure work in the Mullan/West Broadway area. While short of the proposed $23 million, it has represented a significant portion of the project costs. It was also notable in that it was the only BUILD Grant award received in Montana. The grant will allow Missoula County to begin laying the groundwork for future growth in the community, spurring development of needed housing and commercial real-estate in an area ripe for future expansion. The infrastructure work funded by the grant will help keep costs down and encourage development of homes Missoula’s workforce can afford. Beyond the grant award, the fly-in resulted in improved relationships between Chamber members, Chamber staff and both city and county governments. Each group returned encouraged by the level of collaboration and vowed to keep that spirit of cooperation going in the future.
Continuing the story in 2020, the team dedicated to bringing grant funds to Missoula decided to try for the additional $13 million. The travel restrictions created by the pandemic made a second trip to Washington DC impossible, but the Chamber did not give up. Instead of visting our congressional representatives, the Chamber raised the funds from the private sector to produce a professional video pitch for the grant.
Visit the Mullan Area Master Plan Website for the latest information about BUILD Grant-funded projects.
Visit Mullan Area Master Plan Website

Though Missoula was not awarded a BUILD Grant during the 2020 grant cycle,the information in this video remains current and illustrates the collaboration from the community in pursuit of funding from the BUILD Grant program.
​The Chamber will continue to advocate for funding to complete this important project for our community. 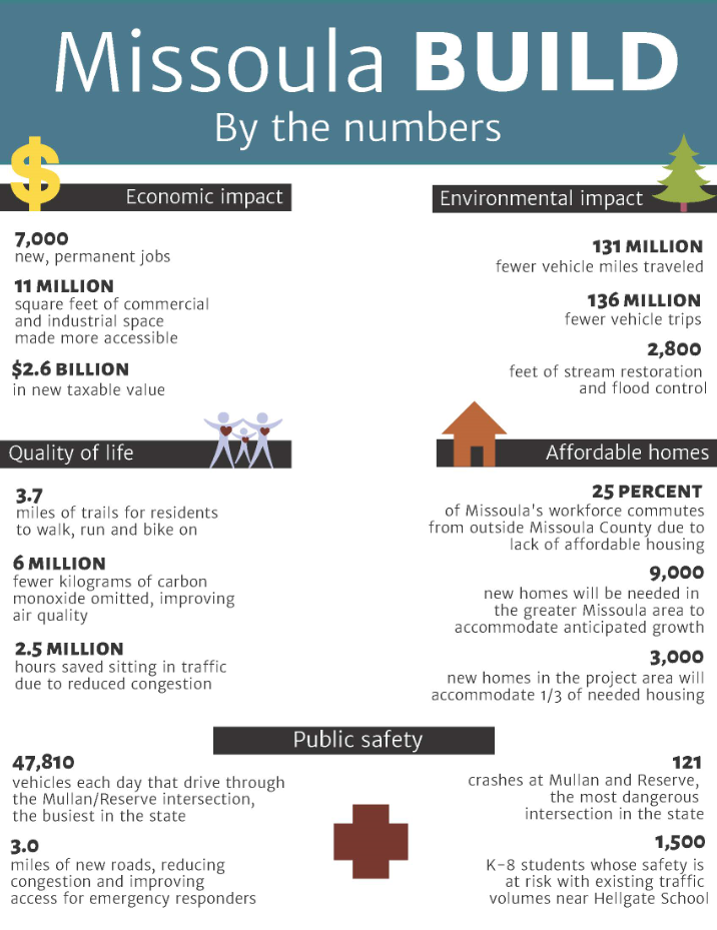 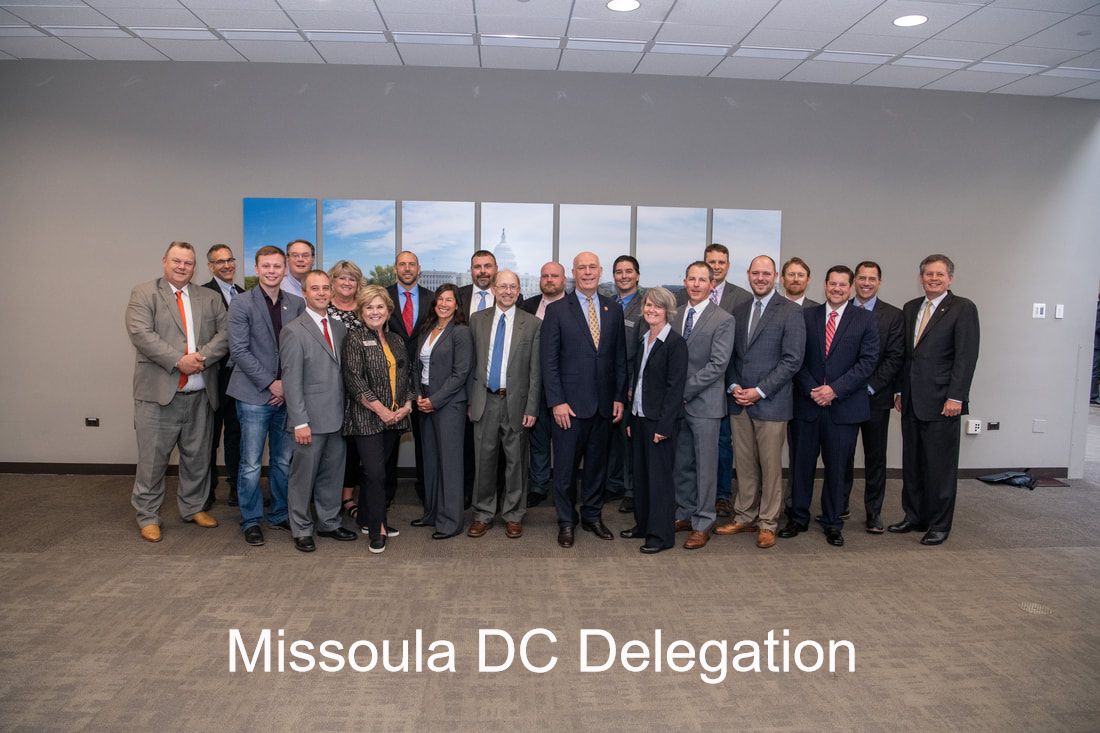